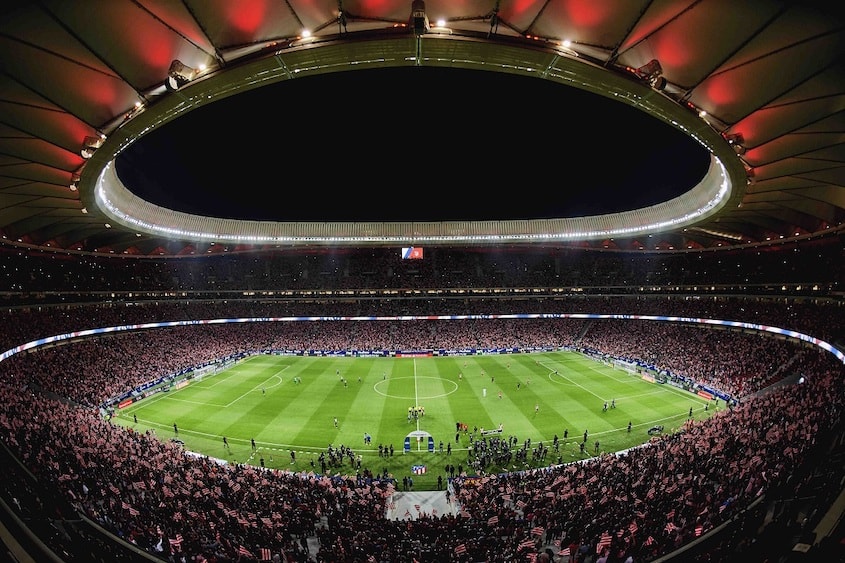 The controversial VAR, smart shoes, Goal Control or GPS vests are some of the technological advances that help to improve soccer.

First it was a ball, two goals and a good group of friends enjoying a sport that overtime would be known as the king of sports. The years passed and that innocent ball rolled and grew, like a snowball, until it became a gigantic universe that houses millions of fans and players, powerful clubs, spectacular stadiums, and multi-millions in revenues.

Technological advances such as radio allowed fans who was not able to watch the games on the field to let their imaginations fly thanks to the broadcasts of passionate announcers. Then came television, broadcasting rights, the internet revolution …

During the last years, technological evolution has been brilliant, impacting all professional fields, including the football world. Improving kits, stadiums, access control to them or reducing errors in refereeing. It has also been a valuable tool for teams for optimizing their performances, training sessions or the relationship with their fans.

Therefore, let’s explore some of the latest technological advances applied to the football world during the last time. Surely, while these lines are being written, there will be already some new inventions that will surprise us shortly.

Video Assistant Referee or Video Referee System. It is without a doubt the most controversial advance of all. Technology intended to referee assistance in those plays that cannot be easily interpreted. Although it reduces the number of possible errors, the truth is that the final decision corresponds to the referee. Fact that in the world of football will always generate controversy.

Another method designed to help the referee reduce possible errors. It consists of a system of cameras facing the goals to monitor the goal line. With this technology it is sought to avoid the famous phantom goals.

The sophistication of these shoes is because of a chip located inside the sole which Is able to collect 360º data movements about the power of the shots, average speed … all this while playing the game. The information gathered is later transferred to a server for analysis.

They barely weigh 66 grams. They have built-in GPS technology that allows each player to be monitored and their performance evaluated. Many teams have made it an indispensable complement to their training sessions. These avant-garde vests record the player’s heart rate, the kilometers traveled, the impacts received on the body …

A chip located inside the ball records data and facilitates connection with a Smartphone or Tablet. With the information received, the coaches can create specific exercises for the players to exercise various controls with the ball.

Electronic performance tracking device. A system released at the 2018 World Cup in Russia capable of storing information about everything that happens on the pitch. It captures all the positions of the ball and the players and with the help of gyroscopes, pulse meters or accelerometers, it acts as an invaluable source of information for the coaching staff.

Public Sporting Spaces with Digital Base

Research platform about the impact of Sports in Business & Society.

This website uses cookies to improve your experience while you navigate through the website. Out of these, the cookies that are categorized as necessary are stored on your browser as they are essential for the working of basic functionalities of the website. We also use third-party cookies that help us analyze and understand how you use this website. These cookies will be stored in your browser only with your consent. You also have the option to opt-out of these cookies. But opting out of some of these cookies may affect your browsing experience.
SAVE & ACCEPT